How Is America’s Sleep?

Sleep deficiency might not sound that bad once in a while, but it is a truly serious problem that many people suffer from.  On average, Americans get between six and eight hours of sleep a night.  Some feel wonderful with five or less hours. Although others always have the need to sleep nine hours or more daily.

Unfortunately, sleep apnea greatly inhibits a person’s capability to sleep continuously throughout the night. The sleep is very fragmented, blood oxygen levels get critical and the true regenerative functions of sleep are not taking place.  Around 75% of adults have reported at least one sleep apnea related symptom, and almost 25% of people sleep in separate rooms due to their partner’s sleep habits (usually snoring).

There are many dangerous side effects of sleep apnea / sleep deprivation. These include:

Patients with sleep apnea are three times more likely than general population to get into a motor vehicle accident. This is due to drowsy driving as 60% of adults still drive even while drowsy.

Snoring, which is a large side effect of sleep apnea, will have negative effects on those who sleep in the same or surrounding rooms. Snoring is a huge red flag for sleep apnea. However, once can snore and not have sleep apnea. Those who report snoring should have a sleep study as they have a much greater chance of having sleep apnea than those who don’t snore.

Loud snoring and sleep issues are not a healthy combination. Whether caused by snoring, being woken up by someone who’s snoring, or problems with sleep apnea, nights of missed sleep can build into a huge sleep deficit over time. People with a sleep deficit are unable to concentrate, study, and work effectively. They can also experience emotional problems like depression.

Obstructive sleep apnea occurs when the airway is partially or completely occluded. The result is a decreased flow or complete stoppage of airflow into the lungs.  This airway obstruction is usually the tongue of the soft tissue of the neck. This blockage continues until the brain realizes that death is imminent. Then the brain send an emergency signal to wake up and clear the airway. 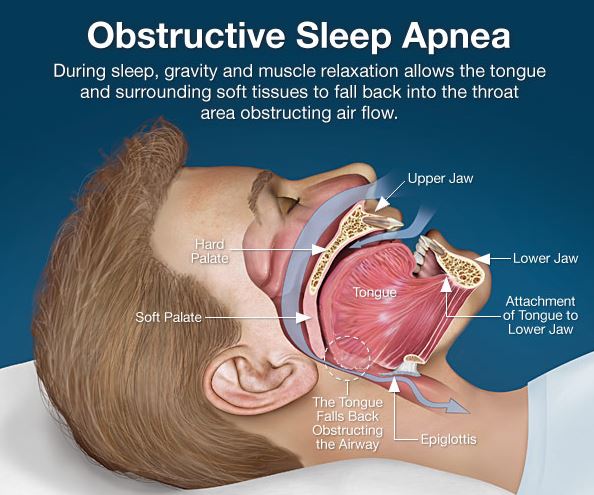 The sleep apnea cycle – falling asleep, jaw relaxing, airway collapsing, unconsciously awakening with a gasp, falling back asleep – can repeat itself one time per minute in more severe cases. With a blocked air passage, an individual cannot receive enough oxygen. Both the awakenings and oxygen deprivation can then trigger severe health problems. 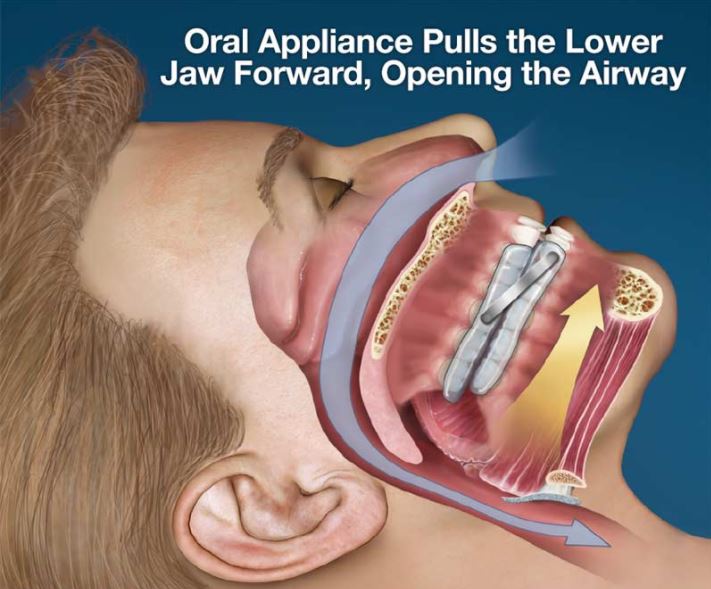 Get the best in dental treatment today. Call our office at 713-941-8261 to schedule your sleep apnea consultation.

Snoring, OSA and your Oral Appliances

Be a Rockstar, not Bane

Apnea in the News

Snoring, OSA and your Health